Fashion Throughout the Years

Regardless of what the latest fashion trends were for the times one thing has been common throughout the ages when it comes to fashion. That common thread is the aim of the designer to make the female body look as attractive as possible.

One of the most noticeable changes in fashion trends from decade to decade is skirt length. While for centuries it was considered bad form to show ones ankles, in stark contrast mini- skirts were extremely short, baring almost the entire leg.

In the 18th century the focus of women’s fashion was mainly on the shape of the skirt, making the waist appear tiny, and displaying décolletage in its most favorable way. Skirts during these times, for the most part were huge in comparison to the tailored look many women sport today. Beautiful fabrics and laces were used extensively, as was the addition of pearls and semi-precious gems.

Necklines have ranged from fully buttoned to below the chin, all the way to where there was severe risk of a woman’s breasts spilling over the edge. Shoulders have been completely bared all the way to completely covered. Regardless of the fashion style a lot of time and great care was put into the designing and making of such gowns. A woman’s chances of marrying were often improved if she could be seen to be particularly attractive, so the gowns she would be seen wearing had impact on her future security.

It was not long after the hoop became fashionable that it changed from a round shape to an oval. Following closely on the heels of the shape change was the addition of the bustle to the rear of the dress. Necklines were still high but not as excessively as seen earlier in the century, still keeping shoulders and bosom completely covered.

Towards the end of the 1800’s the bustle returned briefly into fashion but didn’t last long. Of note in fashion trends of this time is the change in sleeves, as the Leg ‘o Mutton, perhaps the largest, puffiest, sleeves ever seen on dresses became the ‘in’ thing. Also around this time boned bodices made their entrance, making women appear very slim from bust to waist, not without some considerable discomfort to the wearer.

Styles that came and went during this century include the hoop (or cage) which made skirts appear bell-like in shape. While the hoop was somewhat cumbersome to sit down in and took some practice to master doing so without it flying up in the wearer’s face, it afforded the women who sported this fashion with the opportunity to dispense with numerous undergarments and large numbers of petticoats. Skirts were still full length, denying men even the merest glimpse of a lady’s ankle.

Sleeves during this era ranged from slim and fitted to the huge Leg o’ Mutton sleeves that overpowered the shoulders of the wearer, slimming down into a much fitted style below the elbow. These large puffy sleeves provided designers with an additional area to add adornment.

Necklines for the most part were very chaste with buttons typically from the bust line all the way to below the chin. Evening styles were less severe but still provided ample coverage of shoulders and bosom. This was in stark contrast to the Victorian era when bosoms were barely contained and at risk of spilling over. Boning of the bodice became fashionable for some time during the 1800’s, and although wearing corsetry of this type did make the woman look very slender it was at considerable cost to the wearer with many women fainting from lack of ability to breathe fully.

Skirts during the 1900’s were far less full than worn in the 1800’s and hemlines finally made it about the shoe, though it was well into the 1900’s before an ankle became visible. Shapes ranged widely, with ball gowns still opting for the fullness seen in previous decades but day wear often being pencil line skirts.

Corsetry became a thing of the past although was still used in some gowns to provide shape but not at the expense of the wearer. Necklines still remained fairly high until around the mid 1900’s when fashions relaxed a little and allowed skin to show once again.

Dramatic changes to fashion came about during the 1900’s. Where gowns had all been long during the 1800’s hemline lengths were constantly changing, ranging anywhere from full length at the turn of the century to well above the knee towards the middle of the 1900’s. Necklines went from covering all to baring shoulders and a decent amount of cleavage. Designers were focused on showing off a woman’s figure to its best advantage anyway they saw fit. 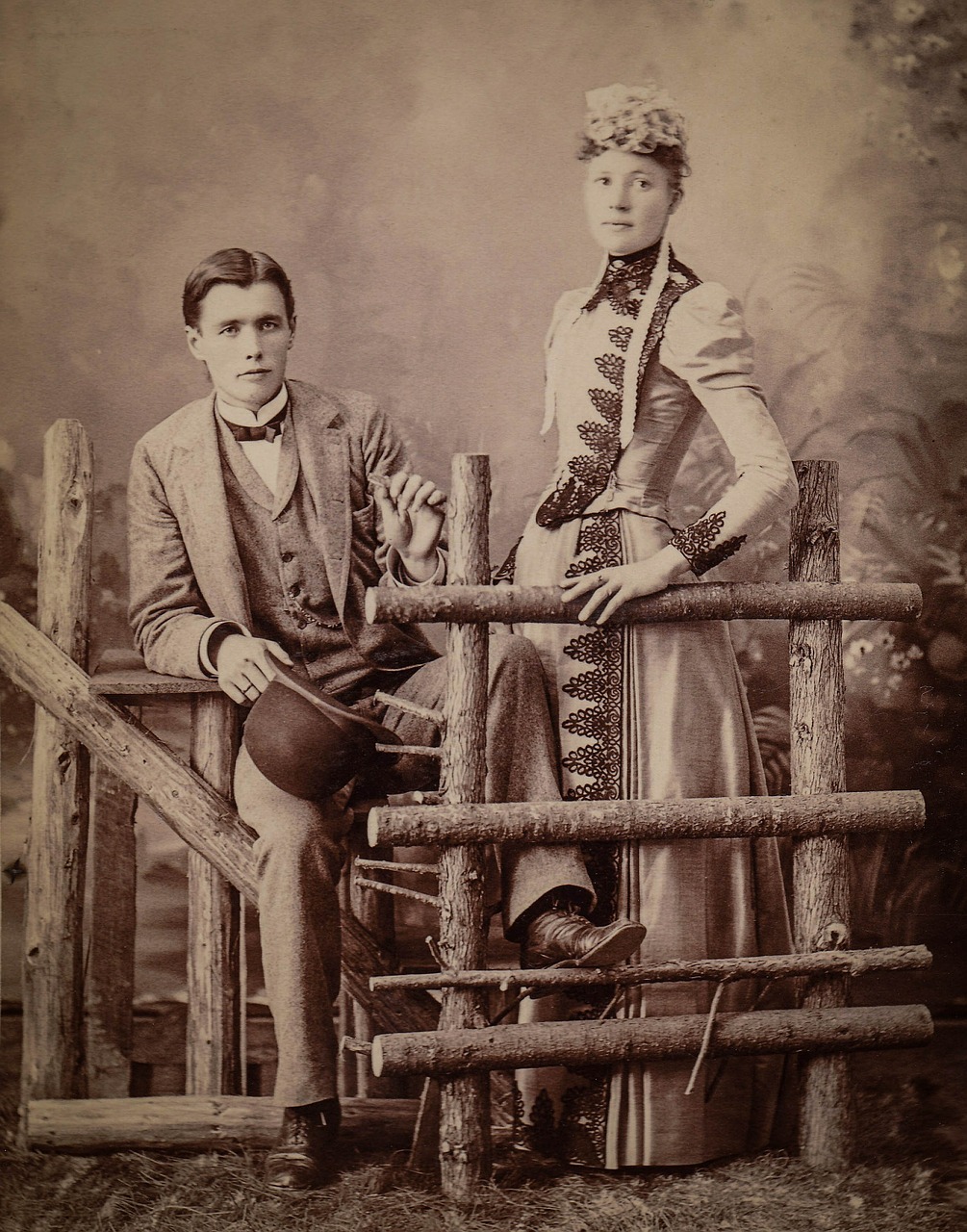