10 Most Influential Fashion Designers of All Time

Fashion trends come and go and occasionally some stick around for a long time. While there is no doubt designers create some wonderfully exciting fashions few concepts last more than a season or two. That being said there are some designers who inexorably changed the way we view fashion today and whose influence moulds the young designers of the future.

Any gentleman seeking a well cut, tailored suit cut of beautiful cloth turns to Armani. Though his suits are by no means cheap they are one of the investments that many businessmen are only too aware provide value far beyond their cost. Armani was also noted for refusing to allow models with a BMI below 18 to show his creations, making a stand against poor body image.

This iconic designer had a unique ability to not only ‘think outside of the box’ but to a level unsurpassed by any other designer then or now. His futuristic designs were so far removed from what other designers were creating that his designs demanded that the fashion world stand up and take notice. Cardin’s designs combined a generous splash of science fiction with over-the-top use of colors that made them memorable.

As the only designer to ever appear on Time 100: The Most Important People of the Century there is little doubt that Chanel blazed a trail for other fashion designers to travel. ‘Expensive simplicity’ is her trademark.

Though born over a century ago (1905) Dior made his mark on the fashion industry after World War II ended when he showed women that they could dress both comfortably and elegantly in his suits and dresses. Though he has long since passed his legend has been carried on by talented designer John Galliano.

Ford spent time as creative director for both Gucci and Yves Saint Laurent during his career, a far cry from his desired career as an actor. What the acting world missed out on the fashion world was blessed to receive. The fashion world recognized his great creativity and Ford was awarded the Best International Designer Award in 2000 as proof that he truly is one of the world’s greatest fashion designers.

Though a more recent entry into the fashion world Karan has made her mark, having worked as the head of a design team for many years before developing her renowned DKNY label. Karan is credited with developing the ‘Seven Easy Pieces’ every woman should have in her wardrobe.

As well-known as Ralph Lauren this talented designer also turned his business into a household name, often competing with Lauren for top honors within fashion circles. His designs too provide comfort and style that make them must-have items in a man’s wardrobe.

Ralph Lauren is the talent that ensured almost every man’s wardrobe includes at least one of his iconic Polo shirts. This comfortable and yet stylish and practical item is still as popular today as it was when first released to the fashion world. Lauren has an eye for designs that combine style with comfort that has made him a household name.

Women in the corporate world in particular will be forever grateful to the great Yves Saint Laurent for providing them with the now classic ‘power suit’. He took what was essentially a man’s clothing and re-designed it so that women would have a wardrobe at their disposal that said ‘I mean business’ and yet still retain their femininity. He was also responsible for one of the most iconic items in a man’s wardrobe – the smoking jacket.

Though her brother Gianni may have set the path for Donatella to walk before being murdered in 1997 she has taken his legacy and built it to new heights. Versace is synonymous with affordable luxury and is endorsed by some of the biggest names in show business today. 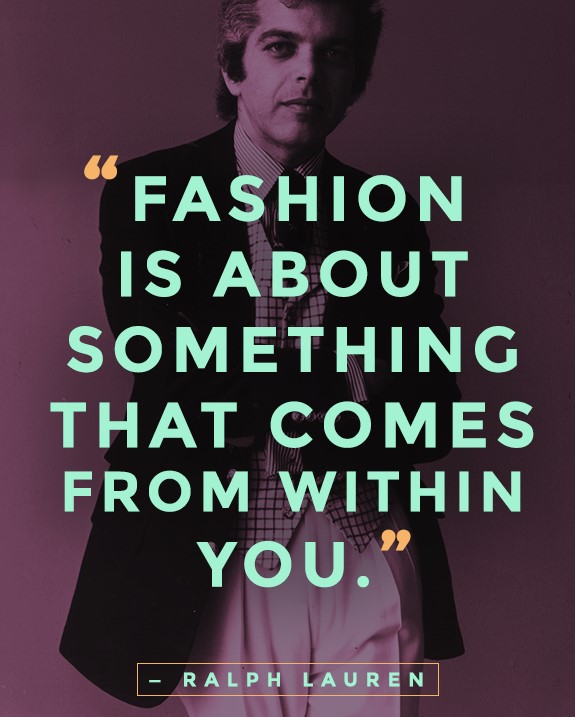